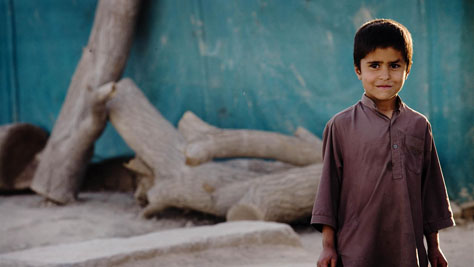 © UNICEF/NYHQ2010-0814/Kate Holt
A boy stands outside his home in Kandahar, capital of Kandahar Province. Due to ongoing conflict, few humanitarian groups can operate safely in the area. In March 2010 in Afghanistan, the situation of children and women remained stark: Child mortality and maternal mortality rates were the second highest in the world.